The Mystery of the Crow: A Collection of Poems
Advertisement

The Heartache of Love

Experience the beauty and versatility of wood with these poetic musings

Celebrate the beauty of women with these poetic musings

Experience the fluid beauty of water with these poetic musings 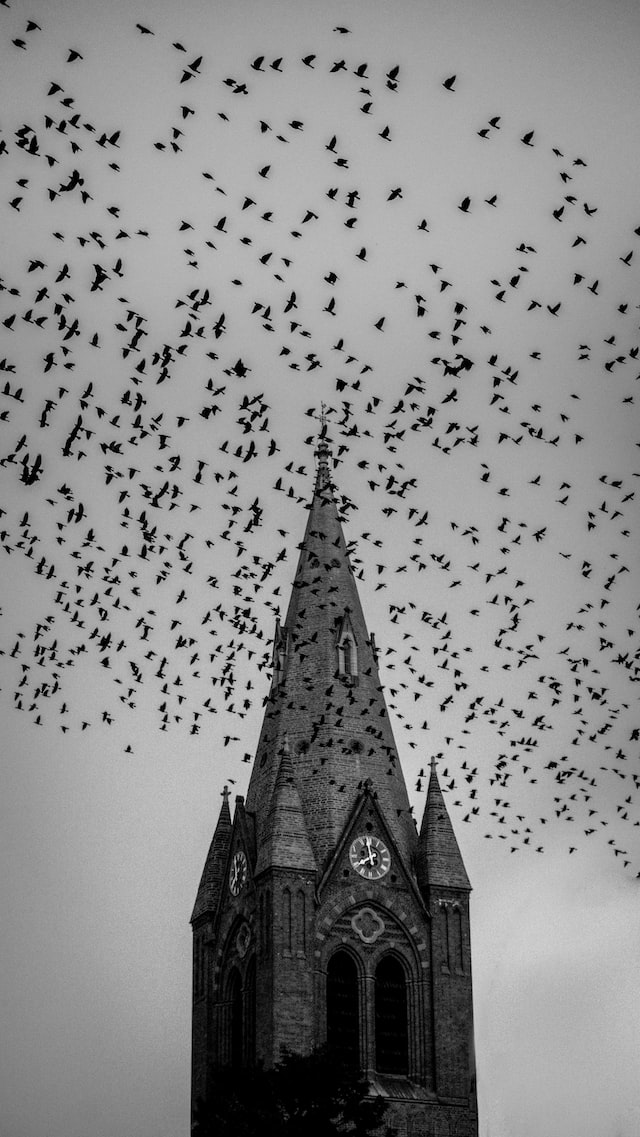 The Mystery of the Crow: A Collection of Poems

Crows are mysterious and intelligent birds often associated with death, magic and the unknown. These poems explore the different facets of the crow and its symbolism in literature and culture.

1. “In the night, they call out to me
Their voices eerie, wild and free
Mystery surrounds their every move
Crows, the birds of death, magic and groove”

2. “In the morning they gather in a group
Their caws and croaks, a symphony of croup
With their shiny black feathers, they take flight
Crows, the masters of the sky, dark and bright”

3. “With their sharp beaks and intelligent eyes
They are often considered as wise
Their presence often a sign of change
Crows, the bird of prophecy, ominous and strange”

4. “In the shadows they lurk and wait
Their stories untold, their fate
Crows, the bird of magic and the unknown
Forever shrouded in mystery, forever flown”

In the dark of the night,
The crow takes flight,
With a caw and a cry,
He soars through the sky.

His wings are black,
Against the moon’s track,
His eyes are sharp,
As he searches for a hark.

He’s a creature of the night,
A symbol of dark delight,
But his heart is full of sorrow,
For the tomorrow, he’ll borrow.

The raven’s call echoes through the trees,
A haunting sound that sends a shiver to the knees.

With feathers black as the abyss,
He watches over all with a cold, unfeeling bliss.

His beak is sharp, his talons strong,
A master of the sky, where he belongs.

But beneath his wings, a heart of stone,
For he’s forever alone.

The crow sits atop the tree,
A wise old bird, as you can see.

With eyes that gleam like polished coal,
He sees the world, from young to old.

He speaks in riddles and in rhyme,
A creature of ancient time.

Listen well, for he has much to say,
The secrets of the universe, he’ll reveal today.

Let the crow be your guide,
Through the darkness, he’ll abide.