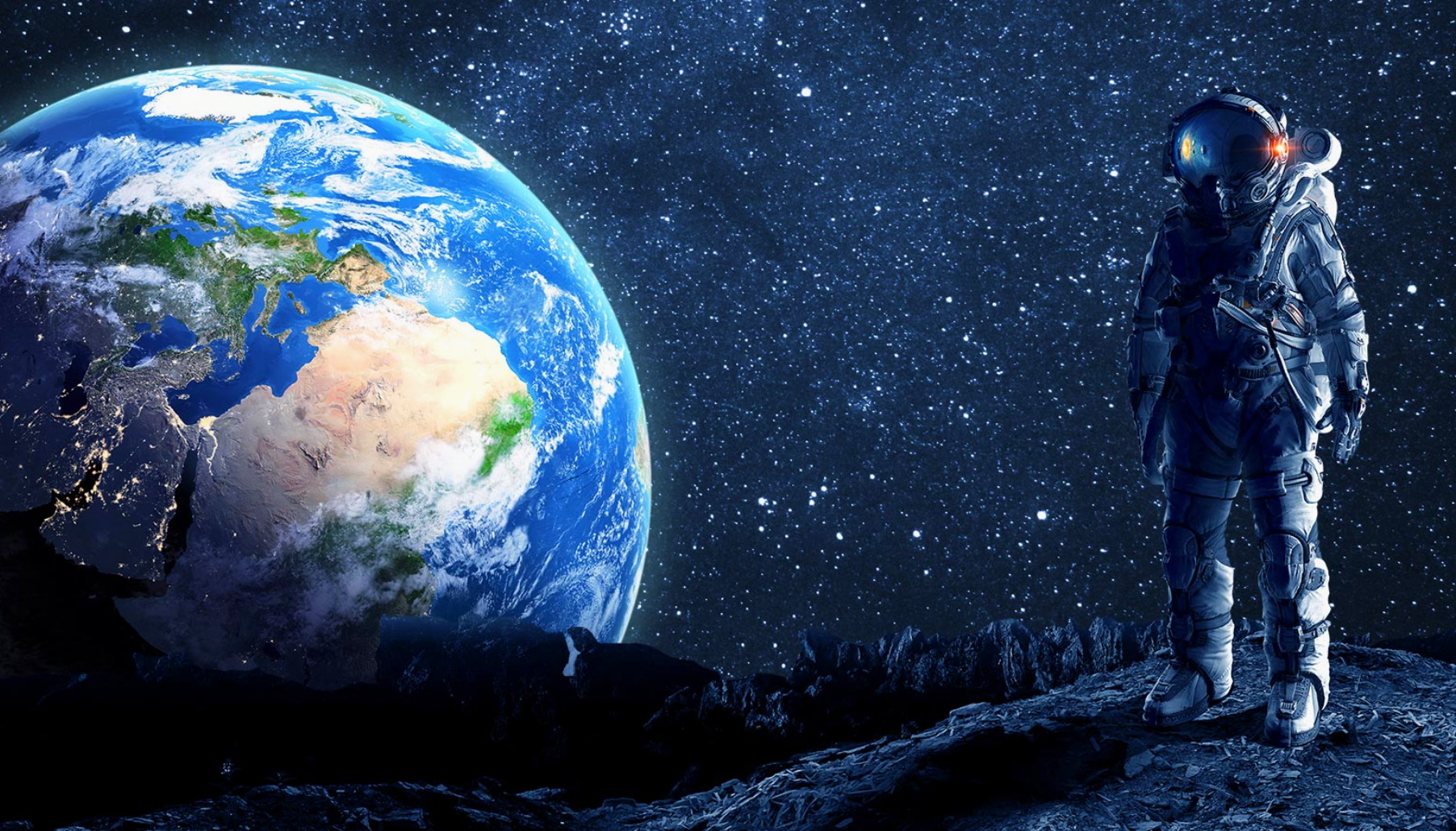 Space can mean many things. It could be the distance between two things, two points, to people. It could be an unoccupied area. It could also be the place outside the earth where there is no gravity pulling us down. Space is characterized by emptiness and distance from something. The outer space is a mysterious part of the universe for us humans and curious scientists have made a way to explore this unknown area. Probes are sent to know what is out there and take pictures for us to see from afar. Despite being so far and so mysterious, humans still want to venture into the unknown.

But outer Space,
At least this far,
For all the fuss
Of the populace
Stays more popular
Than populous

On the then-below-zero day, it was on,
near the patients’ chair, the old heater
kept by the analyst’s couch, at the end,
like the infant’s headstone that was added near the foot
of my father’s grave. And it was hot, with the almost
laughing satire of a fire’s heat,
the little coils like hairs in Hell.
And it was making a group of sick noises-
I wanted the doctor to turn it off
but I couldn’t seem to ask, so I just
stared, but it did not budge. The doctor
turned his heavy, soft palm
outward, toward me, inviting me to speak, I
said, “If you’re cold-are you cold? But if it’s on
for me…” He held his palm out toward me,
I tried to ask, but I only muttered,
but he said, “Of course,” as if I had asked,
and he stood up and approached the heater, and then
stood on one foot, and threw himself
toward the wall with one hand, and with the other hand
reached down, behind the couch, to pull
the plug out. I looked away,
I had not known he would have to bend
like that. And I was so moved, that he
would act undignified, to help me,
that I cried, not trying to stop, but as if
the moans made sentences which bore
some human message. If he would cast himself toward the
outlet for me, as if bending with me in my old
shame and horror, then I would rest
on his art-and the heater purred, like a creature
or the familiar of a creature, or the child of a familiar,
the father of a child, the spirit of a father,
the healing of a spirit, the vision of healing,
the heat of vision, the power of heat,
the pleasure of power.

Written On A Blank Space – Poem by John Keats

This pleasant tale is like a little copse:
The honied lines so freshly interlace,
To keep the reader in so sweet a place,
So that he here and there full-hearted stops;
And oftentimes he feels the dewy drops
Come cool and suddenly against his face,
And, by the wandering melody, may trace
Which way the tender-legged linnet hops.
Oh! what a power has white Simplicity!
What mighty power has this gentle story!
I, that do ever feel athirst for glory,
Could at this moment be content to lie
Meekly upon the grass, as those whose sobbings
Were heard of none beside the mournful robins.

My Space – Poem by Ernestine Northover

You entered my space
The space that was mine alone
It was my cocoon
I felt safe there.
Then you thundered in and somehow took over.
I treasured my space, it was only for me.
You came and shook my fragile walls, shattered my peace,
Disturbed my equilibrium.
Now my space isn’t my space anymore.
But you gave me something that made my space obsolete,
You gave me your love.

An Epithaliamium
So Man, grown vigorous now,
Holds himself ripe to breed,
Daily devises how
To ejaculate his seed
And boldly fertilize
The black womb of the unconsenting skies.
Some now alive expect
(I am told) to see the large,
Steel member grow erect,
Turgid with the fierce charge
Of our whole planet’s skill,
Courage, wealth, knowledge, concentrated will,
Straining with lust to stamp
Our likeness on the abyss-
Bombs, gallows, Belsen camp,
Pox, polio, Thais’ kiss
Or Judas, Moloch’s fires
And Torquemada’s (sons resemble sires).
Shall we, when the grim shape
Roars upward, dance and sing?
Yes: if we honour rape,
If we take pride to Ring
So bountifully on space
The sperm of our long woes, our large disgrace.

Exchange in greed the ungraceful signs. Thrust
The thick notes between green apple breasts.
Then the shadow of the devil descends,
The violent space cries and angel eyes,
Large and dark, retreat in innocence and in ice.
(Run sister run—the Bugga man comes!)
The violent space cries silently,
Like you cried wide years ago
In another space, speckled by the sun
And the leaves of a green plum tree,
And you were stung
By a red wasp and we flew home.
(Run sister run—the Bugga man comes!)
Well, hell, lil sis, wasps still sting.
You are all of seventeen and as alone now
In your pain as you were with the sting
On your brow.
Well, shit. lil sis, here we are:
You and I and this poem.
And what should I do? should I squat
In the dust and make strange markings on the ground?
Shall I chant a spell to drive the demon away?
(Run sister run—the Bugga man comes!)
In the beginning you were the Virgin Mary,
And you are the Virgin Mary now.
But somewhere between Nazareth and Bethlehem
You lost your name in the nameless void.
‘O Mary don’t you weep don’t you moan’
O Mary shake your butt to the violent juke,
Absord the demon puke and watch the whites eyes pop,
(Run sister run—the Bugga man comes!)
And what do I do. I boil my tears in a twisted spoon
And dance like an angel on the point of a needle.
I sit counting syllables like Midas gold.
I am not bold. I cannot yet take hold of the demon
And lift his weight from you black belly,
So I grab the air and sing my song.
(But the air cannot stand my singing long.)