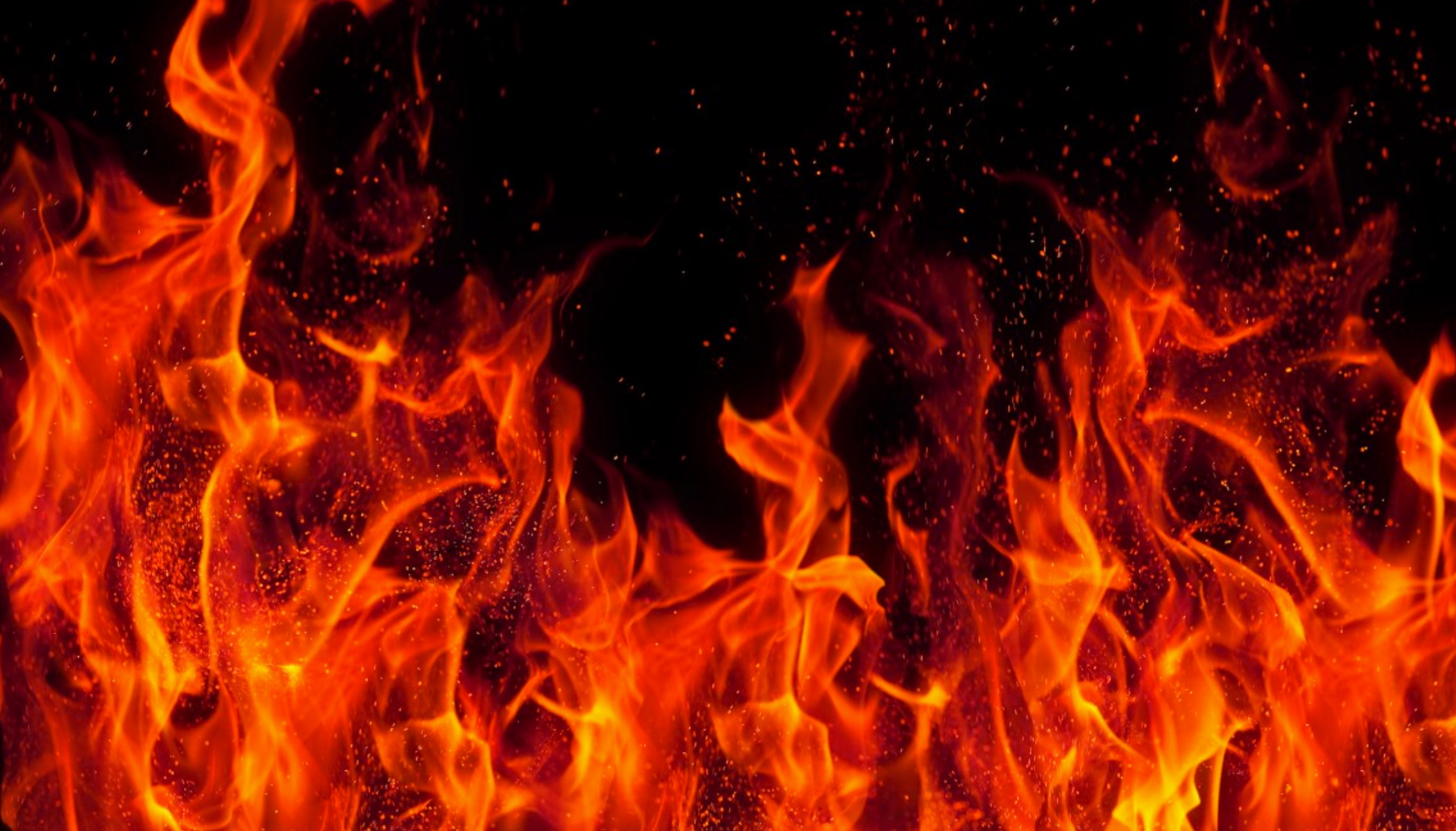 Fire And Ice
by Robert Frost

Some say the world will end in fire,
Some say in ice.
From what I’ve tasted of desire
I hold with those who favor fire.
But if it had to perish twice,
I think I know enough of hate
To say that for destruction ice
Is also great
And would suffice.

Ice And Fire
by Edmund Spenser

My love is like to ice, and I to fire:
How comes it then that this her cold so great
Is not dissolved through my so hot desire,
But harder grows the more I her entreat?
Or how comes it that my exceeding heat
Is not allayed by her heart-frozen cold,
But that I burn much more in boiling sweat,
And feel my flames augmented manifold?
What more miraculous thing may be told,
That fire, which all things melts, should harden ice,
And ice, which is congeal’d with senseless cold,
Should kindle fire by wonderful device?
Such is the power of love in gentle mind,
That it can alter all the course of kind.

A City’s Death By Fire
by Derek Walcott

After that hot gospeller has levelled all but the churched sky,
I wrote the tale by tallow of a city’s death by fire;
Under a candle’s eye, that smoked in tears, I
Wanted to tell, in more than wax, of faiths that were snapped like wire.
All day I walked abroad among the rubbled tales,
Shocked at each wall that stood on the street like a liar;
Loud was the bird-rocked sky, and all the clouds were bales
Torn open by looting, and white, in spite of the fire.
By the smoking sea, where Christ walked, I asked, why
Should a man wax tears, when his wooden world fails?
In town, leaves were paper, but the hills were a flock of faiths;
To a boy who walked all day, each leaf was a green breath
Rebuilding a love I thought was dead as nails,
Blessing the death and the baptism by fire.

As king fishers catch fire, dragonflies draw flame;
As tumbled over rim in roundy wells
Stones ring; like each tucked string tells, each hung bell’s
Bow swung finds tongue to fling out broad its name;
Each mortal thing does one thing and the same:
Deals out that being indoors each one dwells;
Selves — goes itself; myself it speaks and spells,
Crying What I do is me: for that I came.
I say more: the just man justices;
Keeps grace: that keeps all his goings graces;
Acts in God’s eye what in God’s eye he is —
Christ. For Christ plays in ten thousand places,
Lovely in limbs, and lovely in eyes not his
To the Father through the features of men’s faces.

A Fire-Truck
by Richard Wilbur

Right down the shocked street with a
siren-blast
That sends all else skittering to the
curb,
Redness, brass, ladders and hats hurl
past,
Blurring to sheer verb,
Shift at the corner into uproarious gear
And make it around the turn in a squall
of traction,
The headlong bell maintaining sure and
clear,
Thought is degraded action!
Beautiful, heavy, unweary, loud,
obvious thing!
I stand here purged of nuance, my
mind a blank.
All I was brooding upon has taken
wing,
And I have you to thank.
As you howl beyond hearing I carry you
into my mind,
Ladders and brass and all, there to
admire
Your phoenix-red simplicity, enshrined
In that not extinguished fire.