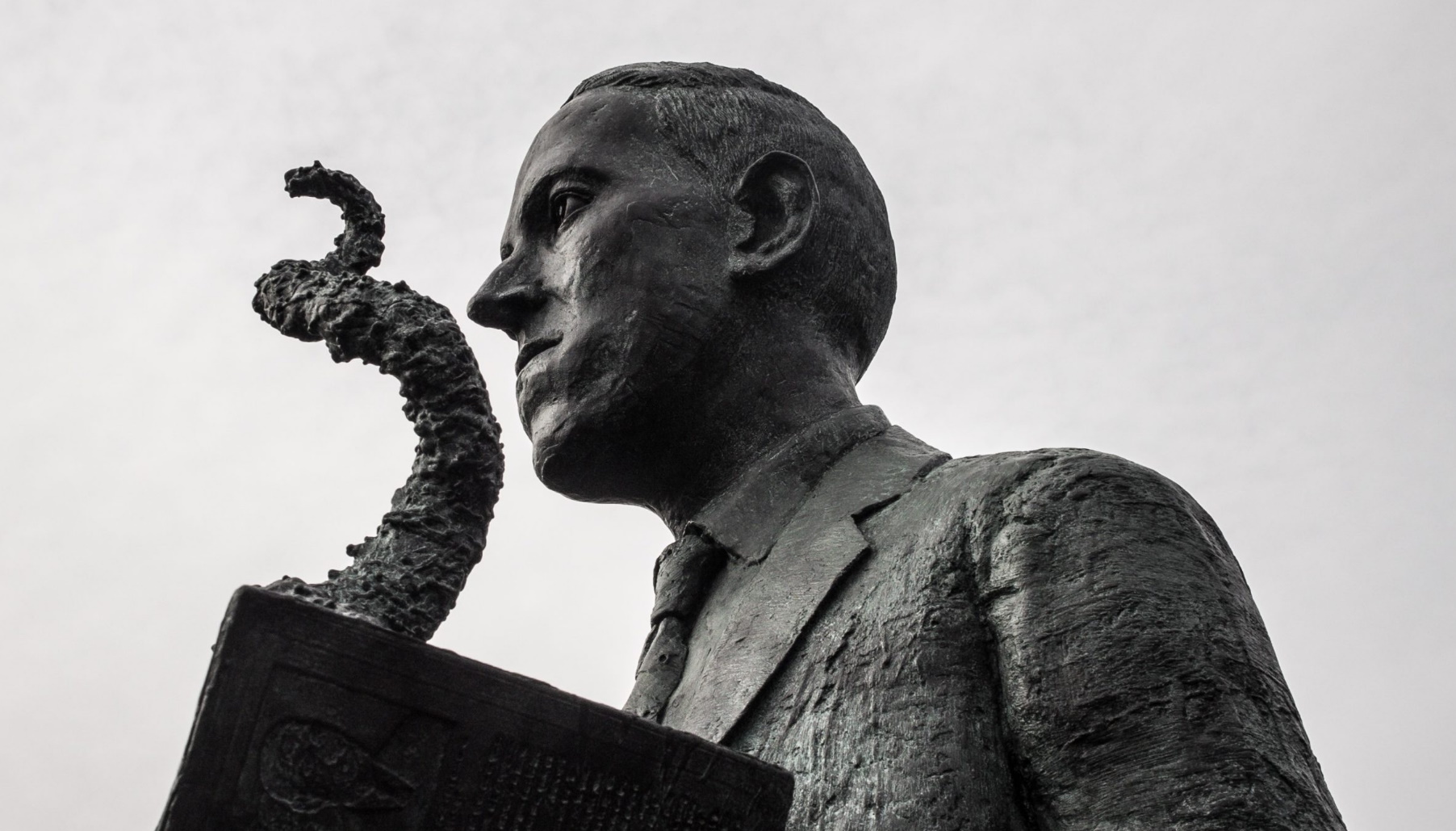 If you love myths and out of this world stories and tales then you will love H. P. Lovecraft. He is an American writer who writes about myths, weird stories, and horror stories. He claims that his tales are based on a premise that human laws, interests, and emotions have no validity compared to the vast cosmos. If you want to be inspired to write your own stories or destress, it is good to read his writings to be reminded that there are larger things in life and the universe awaits all those who are willing to open up and widen their perspective.

There’s an ancient, ancient garden that I see sometimes in dreams,
Where the very Maytime sunlight plays and glows with spectral gleams;
Where the gaudy-tinted blossoms seem to wither into grey,
And the crumbling walls and pillars waken thoughts of yesterday.
There are vines in nooks and crannies, and there’s moss about the pool,
And the tangled weedy thicket chokes the arbour dark and cool:
In the silent sunken pathways springs a herbage sparse and spare,
Where the musty scent of dead things dulls the fragrance of the air.
There is not a living creature in the lonely space arouna,
And the hedge~encompass’d d quiet never echoes to a sound.
As I walk, and wait, and listen, I will often seek to find
When it was I knew that garden in an age long left behind;
I will oft conjure a vision of a day that is no more,
As I gaze upon the grey, grey scenes I feel I knew before.
Then a sadness settles o’er me, and a tremor seems to start –
For I know the flow’rs are shrivell’d hopes – the garden is my heart.

O’er the midnight moorlands crying,
Thro’ the cypress forests sighing,
In the night-wind madly flying,
Hellish forms with streaming hair;
In the barren branches creaking,
By the stagnant swamp-pools speaking,
Past the shore-cliffs ever shrieking,
Damn’d demons of despair.
Once, I think I half remember,
Ere the grey skies of November
Quench’d my youth’s aspiring ember,
Liv’d there such a thing as bliss;
Skies that now are dark were beaming,
Bold and azure, splendid seeming
Till I learn’d it all was dreaming –
Deadly drowsiness of Dis.
But the stream of Time, swift flowing,
Brings the torment of half-knowing –
Dimly rushing, blindly going
Past the never-trodden lea;
And the voyager, repining,
Sees the wicked death-fires shining,
Hears the wicked petrel’s whining
As he helpless drifts to sea.
Evil wings in ether beating;
Vultures at the spirit eating;
Things unseen forever fleeting
Black against the leering sky.
Ghastly shades of bygone gladness,
Clawing fiends of future sadness,
Mingle in a cloud of madness
Ever on the soul to lie.
Thus the living, lone and sobbing,
In the throes of anguish throbbing,
With the loathsome Furies robbing
Night and noon of peace and rest.
But beyond the groans and grating
Of abhorrent Life, is waiting
Sweet Oblivion, culminating
All the years of fruitless quest.

The thing, he said, would come in the night at three
From the old churchyard on the hill below;
But crouching by an oak fire’s wholesome glow,
I tried to tell myself it could not be.
Surely, I mused, it was pleasantry
Devised by one who did not truly know
The Elder Sign, bequeathed from long ago,
That sets the fumbling forms of darkness free.
He had not meant it – no – but still I lit
Another lamp as starry Leo climbed
Out of the Seekonk, and a steeple chimed
Three – and the firelight faded, bit by bit.
Then at the door that cautious rattling came –
And the mad truth devoured me like a flame!

On The Creation Of Niggers

When, long ago, the gods created Earth
In Jove’s fair image Man was shaped at birth.
The beasts for lesser parts were next designed;
Yet were they too remote from humankind.
To fill the gap, and join the rest to Man,
Th’Olympian host conceiv’d a clever plan.
A beast they wrought, in semi-human figure,
Filled it with vice, and called the thing a Nigger.