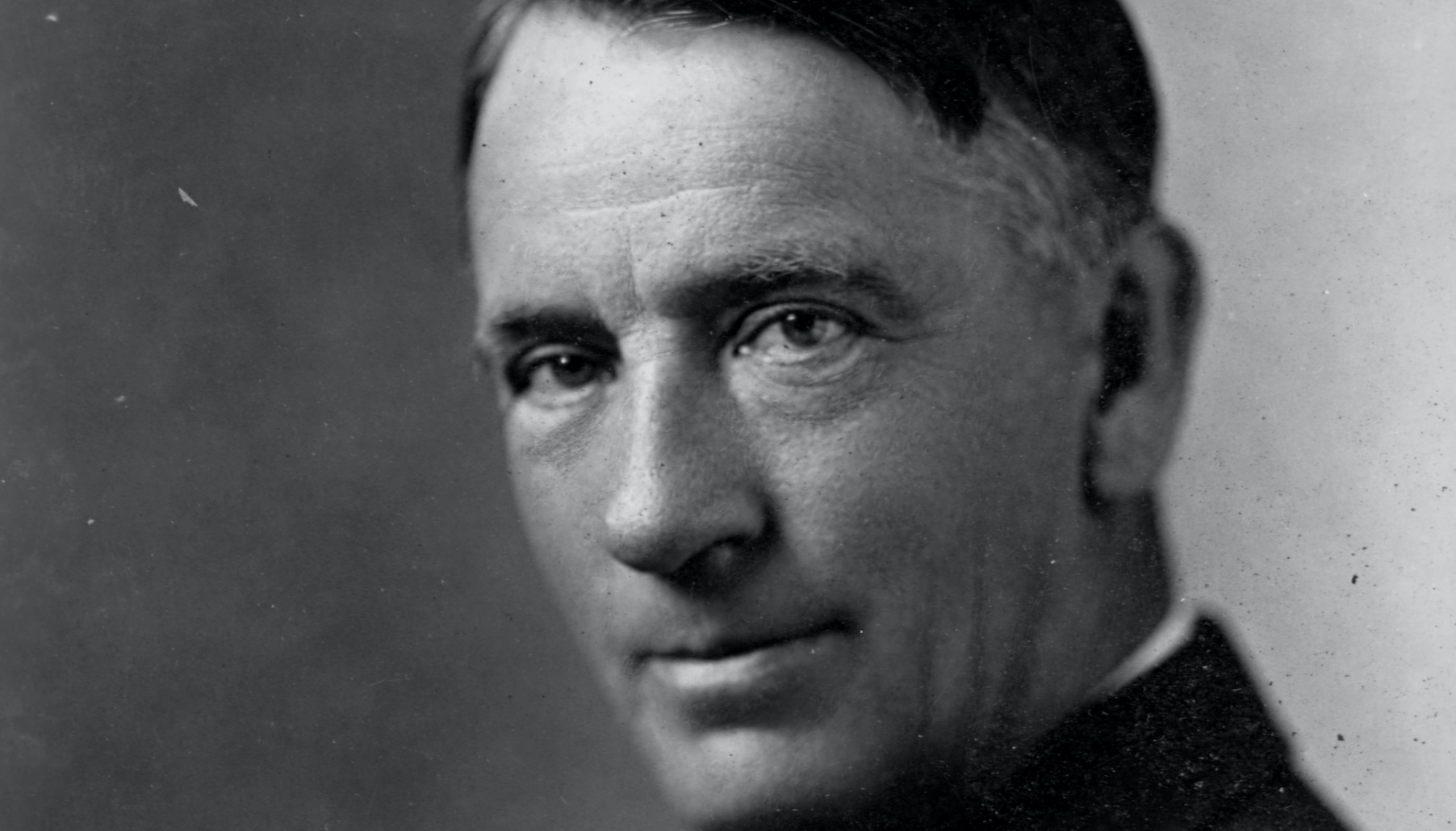 Edgar Albert Guest is a naturalized American who was of British descent. He is a poet and a writer and his career first started as a reporter. He was known as the People’s Poet in the first half of the 20th century. The subjects of his poems are often inspirational and optimistic about life. He was famous and he wrote around 11,000 poems and syndicated in 300 newspapers, and 20 books. It is an inspiring feat to be able to reach so many people with a positive outlook in life and share the beauty that you see in the world.

Be positive and share the goodness around you through inspiring poems found here at 1Love Poems.

To wed, or not to wed; that is the question;
Whether ’tis nobler in the mind to suffer
The bills and house rent of a wedded fortune,
Or to say “nit” when she proposes,
And by declining cut her. To wed; to smoke
No more; And have a wife at home to mend
The holes in socks and shirts
And underwear and so forth. ‘Tis a consummation
Devoutly to be wished. To wed for life;
To wed; perchance to fight; ay, there’s the rub;
For in that married life what fights may come,
When we have honeymooning ceased
Must give us pause; there’s the respect
That makes the joy of single life.
For who would bear her mother’s scornful tongue,
Canned goods for tea, the dying furnace fire;
The pangs of sleepless nights when baby cries;
The pain of barking shins upon a chair and
Closing waists that button down the back,
When he himself might all these troubles shirk
With a bare refusal? Who would bundles bear,
And grunt and sweat under a shopping load?
Who would samples match; buy rats for hair,
Cart cheese and crackers home to serve at night
For lunch to feed your friends; play pedro
After tea; sing rag time songs, amusing
Friendly neighbors. Buy garden tools
To lend unto the same. Stay home at nights
In smoking coat and slippers and slink to bed
At ten o’clock to save the light bills?
Thus duty does make cowards of us all,
And thus the native hue of matrimony
Is sicklied o’er with the pale cast of chores;
And thus the gloss of marriage fades away,
And loses its attraction.

A Toast To The Men

Ain’t no use as I can see
In sittin’ underneath a tree
An’ growlin’ that your luck is bad,
An’ that your life is extry sad;
Your life ain’t sadder than your neighbor’s
Nor any harder are your labors;
It rains on him the same as you,
An’ he has work he hates to do;
An’ he gits tired an’ he gits cross,
An’ he has trouble with the boss;
You take his whole life, through an’ through,
Why, he’s no better off than you.
If whinin’ brushed the clouds away
I wouldn’t have a word to say;
If it made good friends out o’ foes
I’d whine a bit, too, I suppose;
But when I look around an’ see
A lot o’ men resemblin’ me,
An’ see ’em sad, an’ see ’em gay
With work t’ do most every day,
Some full o’ fun, some bent with care,
Some havin’ troubles hard to bear,
I reckon, as I count my woes,
They’re ’bout what everybody knows.
The day I find a man who’ll say
He’s never known a rainy day,
Who’ll raise his right hand up an’ swear
In forty years he’s had no care,
Has never had a single blow,
An’ never known one touch o’ woe,
Has never seen a loved one die,
Has never wept or heaved a sigh,
Has never had a plan go wrong,
But allas laughed his way along;
Then I’ll sit down an’ start to whine
That all the hard luck here is mine.

How much grit do you think you’ve got?
Can you quit a thing that you like a lot?
You may talk of pluck; it’s an easy word,
And where’er you go it is often heard;
But can you tell to a jot or guess
Just how much courage you now possess?
You may stand to trouble and keep your grin,
But have you tackled self-discipline?
Have you ever issued commands to you
To quit the things that you like to do,
And then, when tempted and sorely swayed,
Those rigid orders have you obeyed?
Don’t boast of your grit till you’ve tried it out,
Nor prate to men of your courage stout,
For it’s easy enough to retain a grin
In the face of a fight there’s a chance to win,
But the sort of grit that is good to own
Is the stuff you need when you’re all alone.
How much grit do you think you’ve got?
Can you turn from joys that you like a lot?
Have you ever tested yourself to know
How far with yourself your will can go?
If you want to know if you have grit,
Just pick out a joy that you like, and quit.
It’s bully sport and it’s open fight;
It will keep you busy both day and night;
For the toughest kind of a game you’ll find
Is to make your body obey your mind.
And you never will know what is meant by grit
Unless there’s something you’ve tried to quit.

When you’re up against a trouble,
Meet it squarely, face to face;
Lift your chin and set your shoulders,
Plant your feet and take a brace.
When it’s vain to try to dodge it,
Do the best that you can do;
You may fail, but you may conquer,
See it through!
Black may be the clouds about you
And your future may seem grim,
But don’t let your nerve desert you;
Keep yourself in fighting trim.
If the worst is bound to happen,
Spite of all that you can do,
Running from it will not save you,
See it through!
Even hope may seem but futile,
When with troubles you’re beset,
But remember you are facing
Just what other men have met.
You may fail, but fall still fighting;
Don’t give up, whate’er you do;
Eyes front, head high to the finish.
See it through!