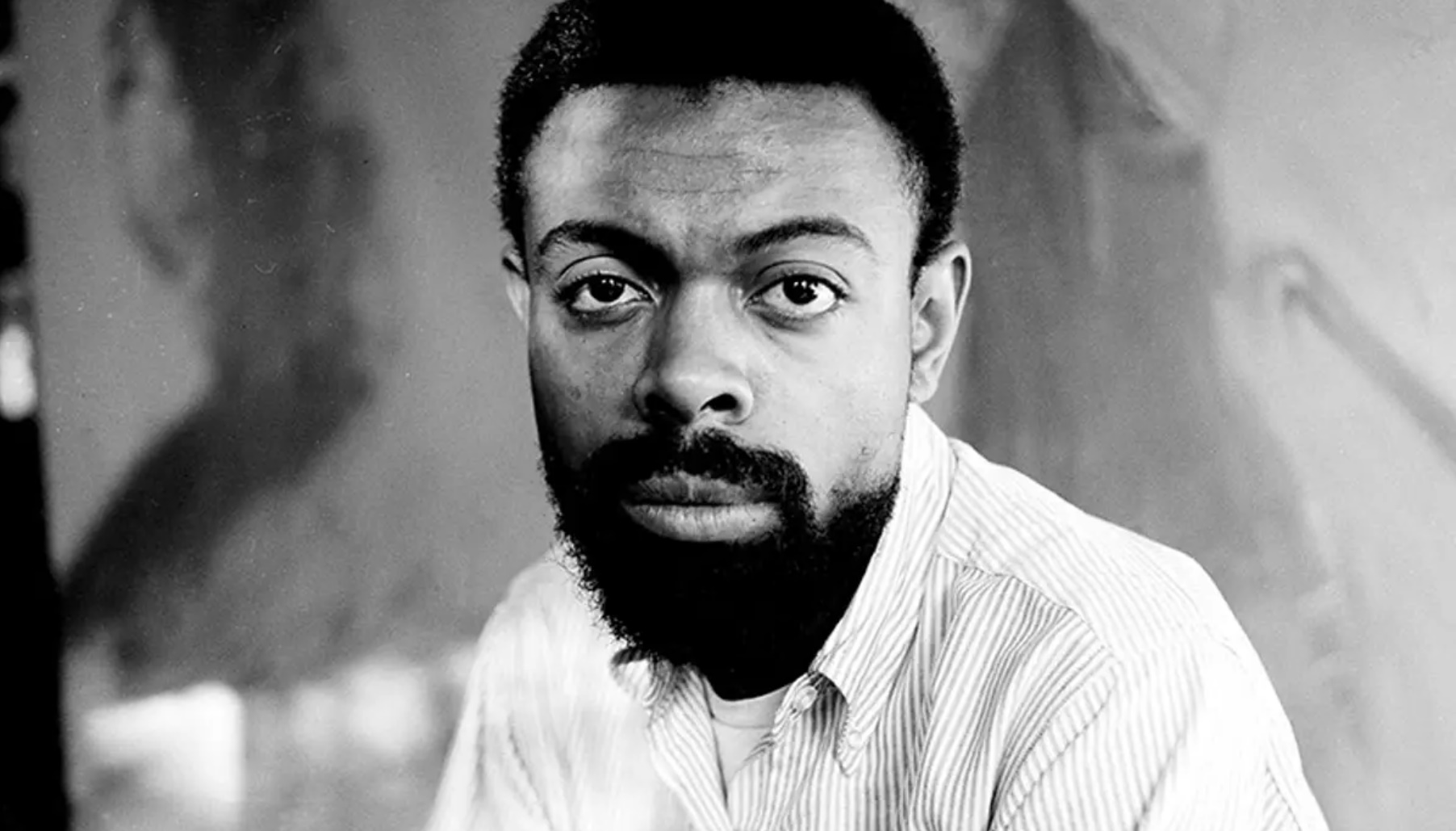 ~
He came back and shot. He shot him. When he came
back, he shot, and he fell, stumbling, past the
shadow wood, down, shot, dying, dead, to full halt.
At the bottom, bleeding, shot dead. He died then, there
after the fall, the speeding bullet, tore his face
and blood sprayed fine over the killer and the grey light.
Pictures of the dead man, are everywhere. And his spirit
sucks up the light. But he died in darkness darker than
his soul and everything tumbled blindly with him dying
down the stairs.
We have no word
on the killer, except he came back, from somewhere
to do what he did. And shot only once into his victim’s
stare, and left him quickly when the blood ran out. We know
the killer was skillful, quick, and silent, and that the victim
probably knew him. Other than that, aside from the caked sourness
of the dead man’s expression, and the cool surprise in the fixture
of his hands and fingers, we know nothing.

~
A closed window looks down
on a dirty courtyard, and Black people
call across or scream across or walk across
defying physics in the stream of their will.
Our world is full of sound
Our world is more lovely than anyone’s
tho we suffer, and kill each other
and sometimes fail to walk the air.
We are beautiful people
With African imaginations
full of masks and dances and swelling chants
with African eyes, and noses, and arms
tho we sprawl in gray chains in a place
full of winters, when what we want is sun.
We have been captured,
and we labor to make our getaway, into
the ancient image; into a new
Correspondence with ourselves
and our Black family. We need magic
now we need the spells, to raise up
return, destroy,and create. What will be
the sacred word?

~
Lately, I’ve become accustomed to the way
The ground opens up and envelopes me
Each time I go out to walk the dog.
Or the broad edged silly music the wind
Makes when I run for a bus…
Things have come to that.
And now, each night I count the stars.
And each night I get the same number.
And when they will not come to be counted,
I count the holes they leave.
Nobody sings anymore.
And then last night I tiptoed up
To my daughter’s room and heard her
Talking to someone, and when I opened
The door, there was no one there…
Only she on her knees, peeking into
Her own clasped hands

In Memory of Radio – Poem by Amiri Baraka

~
Who has ever stopped to think of the divinity of Lamont Cranston?
(Only jack Kerouac, that I know of: & me.
The rest of you probably had on WCBS and Kate Smith,
Or something equally unattractive.)
What can I say?
It is better to haved loved and lost
Than to put linoleum in your living rooms?
Am I a sage or something?
Mandrake’s hypnotic gesture of the week?
(Remember, I do not have the healing powers of Oral Roberts…
I cannot, like F. J. Sheen, tell you how to get saved & rich!
I cannot even order you to the gaschamber satori like Hitler or Goddy Knight)
& love is an evil word.
Turn it backwards/see, see what I mean?
An evol word. & besides
who understands it?
I certainly wouldn’t like to go out on that kind of limb.
Saturday mornings we listened to the Red Lantern & his undersea folk.
At 11, Let’s Pretend
& we did
& I, the poet, still do. Thank God!
What was it he used to say (after the transformation when he was safe
& invisible & the unbelievers couldn’t throw stones?) ‘Heh, heh, heh.
Who knows what evil lurks in the hearts of men? The Shadow knows.’
O, yes he does
O, yes he does
An evil word it is,
This Love.