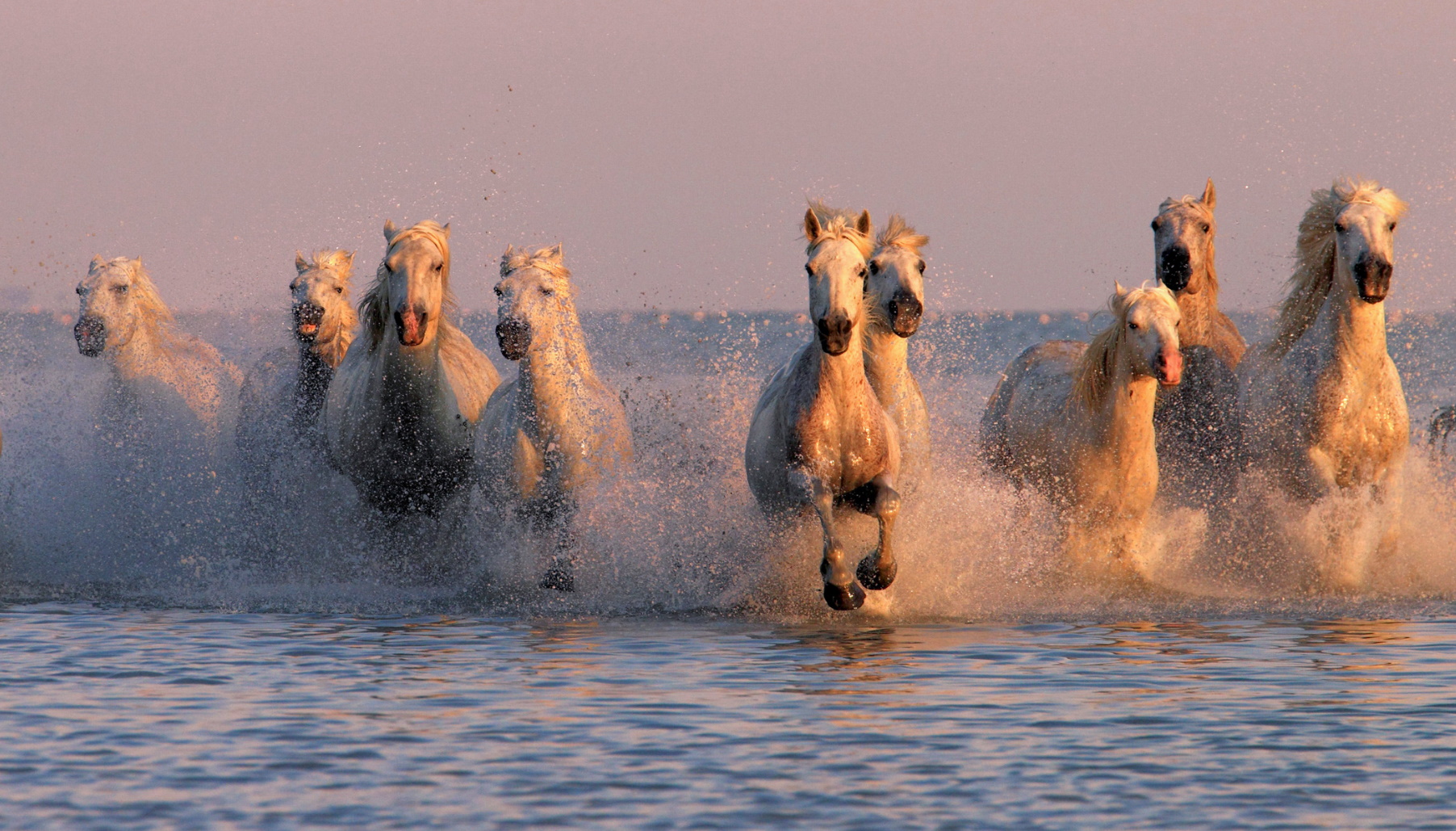 Poems About Horse – Poems For Horse

Horses are enigmatic creatures. They look so strong and well built but they are very loyal and kind to their masters. They are majestic and strong that is why they are often portrayed in art accompanying famous people and royalties. Horses can display a broad range of emotions and extremely communicative. These qualities are what make horses suitable to form a strong bond with humans. They are always reliable and faithful, willing to wait for the return of their master. They are also skillful and we see them in different settings such as racing, sports, battle, wars, and trekking hard terrains.

What does the horse give you
That I cannot give you?
I watch you when you are alone,
When you ride into the field behind the dairy,
Your hands buried in the mare’s
Dark mane.
Then I know what lies behind your silence:
Scorn, hatred of me, of marriage. Still,
You want me to touch you; you cry out
As brides cry, but when I look at you I see
There are no children in your body.
Then what is there?
Nothing, I think. Only haste
To die before I die.
In a dream, I watched you ride the horse
Over the dry fields and then
Dismount: you two walked together;
In the dark, you had no shadows.
But I felt them coming toward me
Since at night they go anywhere,
They are their own masters.
Look at me. You think I don’t understand?
What is the animal
If not passage out of this life?

I I have proved and stayed as dark horse
Nobody would come to know without code Morse
People disregard me and pass the curse
Always non starter and unavailable force
I have earned disrepute and considered as unreliable
Still try to garner support and prove capable
Never waste a time for second or minute
Keep watch on all and observe it minutely
Play game safe and advance self interest
Try to extract more and achieve the best
Everything at command without passing test
Achievement of the goal without any rest
All for self betterment and not for social cause
No let up in work and continue without pause
This all becomes necessary in changing world
I know naked truth then why people turn cold?
This is selfish world and you should stay supreme
Play safe and never go to the end extreme
I may prove incompetence if not seize the opportunity
Life comes to a halt if not keep continuity,
People have a soft corner and very short memory
Go for bright glitter and never feel sorry
Worship rising sun and look not at sunset
Life should be at height and ambition preset
All eyes are on achievement and conceding defeat
Success story should emerge even making repeat
People fall in line and not mind treachery
Offer all the help even they feel jittery
Neither I am claiming nor proving hollow
System so prevalent I piously follow
Not offer chance or slight mistake to allow
People know better what is lying below
I want to achieve and rise above average
Glory and name should have wide coverage
All might say what is there in name
It doesn’t follow without playing game
I continuously strive after hard bargain
Doesn’t matter more whether loss or gain
Nothing comes in life without taking pain
Simple truth should be followed as it is plain

Oh, a wonderful horse is the Fly-Away Horse –
Perhaps you have seen him before;
Perhaps, while you slept, his shadow has swept
Through the moonlight that floats on the floor.
For it’s only at night, when the stars twinkle bright,
That the Fly-Away Horse, with a neigh
And a pull at his rein and a toss of his mane,
Is up on his heels and away!
The Moon in the sky,
As he gallopeth by,
Cries: “Oh! what a marvelous sight!”
And the Stars in dismay
Hide their faces away
In the lap of old Grandmother Night.
It is yonder, out yonder, the Fly-Away Horse
Speedeth ever and ever away –
Over meadows and lanes, over mountains and plains,
Over streamlets that sing at their play;
And over the sea like a ghost sweepeth he,
While the ships they go sailing below,
And he speedeth so fast that the men at the mast
Adjudge him some portent of woe.
“What ho there!” they cry,
As he flourishes by
With a whisk of his beautiful tail;
And the fish in the sea
Are as scared as can be,
From the nautilus up to the whale!
And the Fly-Away Horse seeks those faraway lands
You little folk dream of at night –
Where candy-trees grow, and honey-brooks flow,
And corn-fields with popcorn are white;
And the beasts in the wood are ever so good
To children who visit them there –
What glory astride of a lion to ride,
Or to wrestle around with a bear!
The monkeys, they say:
“Come on, let us play,”
And they frisk in the cocoanut-trees:
While the parrots, that cling
To the peanut-vines, sing
Or converse with comparative ease!
Off! scamper to bed – you shall ride him tonight!
For, as soon as you’ve fallen asleep,
With a jubilant neigh he shall bear you away
Over forest and hillside and deep!
But tell us, my dear, all you see and you hear
In those beautiful lands over there,
Where the Fly-Away Horse wings his faraway course
With the wee one consigned to his care.
Then grandma will cry
In amazement: “Oh, my!”
And she’ll think it could never be so;
And only we two
Shall know it is true –
You and I, little precious! shall know!