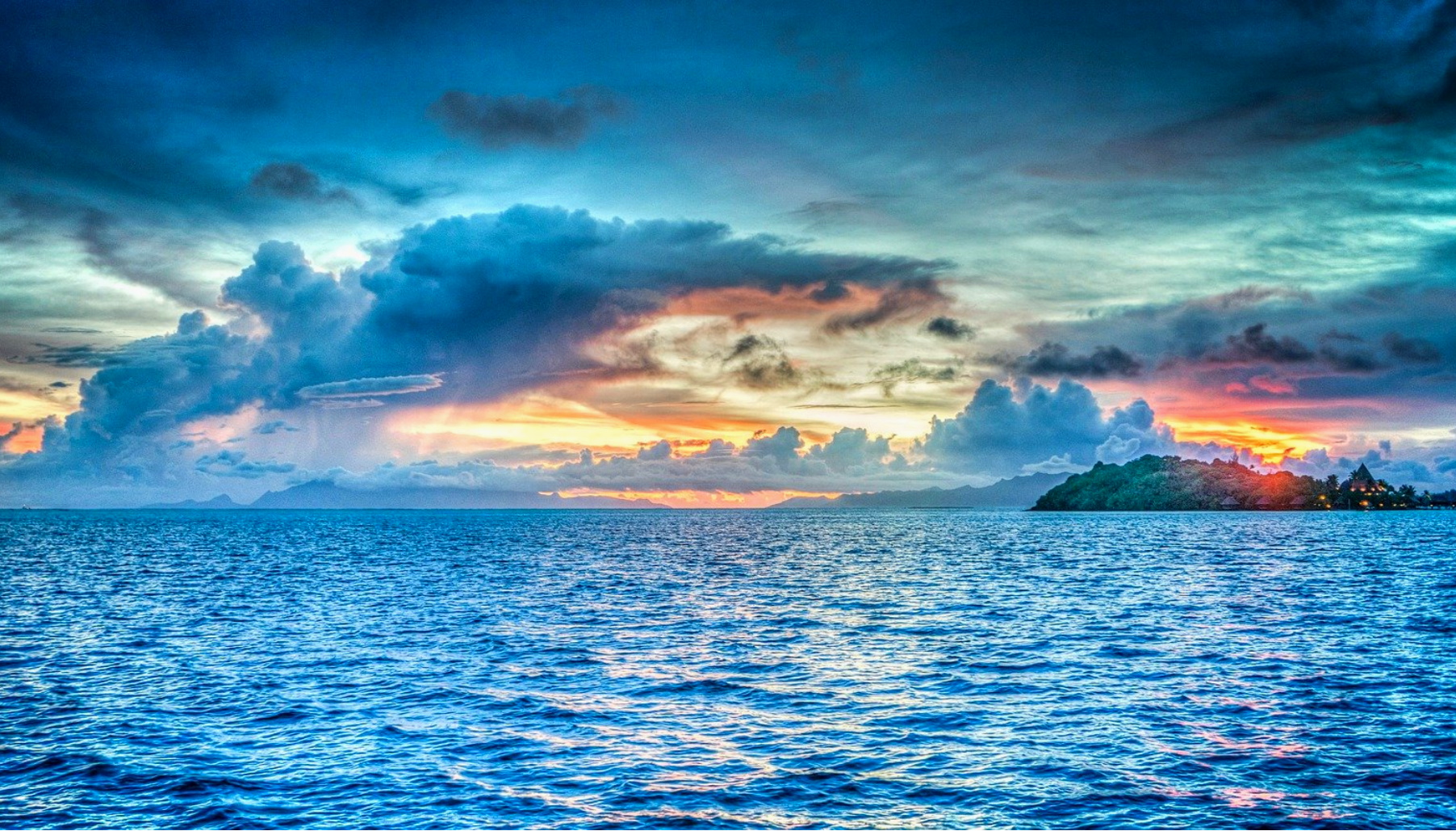 ~
Ocean, if you were to give, a measure, a ferment, a fruit
of your gifts and destructions, into my hand,
I would choose your far-off repose, your contour of steel,
your vigilant spaces of air and darkness,
and the power of your white tongue,
that shatters and overthrows columns,
breaking them down to your proper purity.
Not the final breaker, heavy with brine,
that thunders onshore, and creates
the silence of sand, that encircles the world,
but the inner spaces of force,
the naked power of the waters,
the immoveable solitude, brimming with lives.
It is Time perhaps, or the vessel filled
with all motion, pure Oneness,
that death cannot touch, the visceral green
of consuming totality.
Only a salt kiss remains of the drowned arm,
that lifts a spray: a humid scent,
of the damp flower, is left,
from the bodies of men. Your energies
form, in a trickle that is not spent,
form, in retreat into silence.
The falling wave,
arch of identity, shattering feathers,
is only spume when it clears,
and returns to its source, unconsumed.
Your whole force heads for its origin.
The husks that your load threshes,
are only the crushed, plundered, deliveries,
that your act of abundance expelled,
all those that take life from your branches.
Your form extends beyond breakers,
vibrant, and rhythmic, like the chest, cloaking
a single being, and its breathings,
that lift into the content of light,
plains raised above waves,
forming the naked surface of earth.
You fill your true self with your substance.
You overflow curve with silence.
The vessel trembles with your salt and sweetness,
the universal cavern of waters,
and nothing is lost from you, as it is
from the desolate crater, or the bay of a hill,
those empty heights, signs, scars,
guarding the wounded air.
Your petals throbbing against the Earth,
trembling your submarine harvests,
your menace thickening the smooth swell,
with pulsations and swarming of schools,
and only the thread of the net raises
the dead lightning of fish-scale,
one wounded millimetre, in the space
of your crystal completeness.

The Stars Go Over The Lonely Ocean – Poem by Robinson Jeffers

An Ocean Within – Poem by Sameer Ahmed

~
Flourishing on
Natural contours of land,
Variegating with rainbows,
A continuous river
Flows into his own depths,
An ocean within.
This wordsmith, creator
Of enduring friendship
Throughout the seasons
With insects and birds,
Foliage and flowers, his co-creators
Famed among the constellations.
He – an Alpha Arietis – shines
With his art, evergreen.
Nostalgic melodies
Moisten his eyes.
The smile of a child
Makes him burst into laughter.
He soaks up
The sorrows unsaid
And faces unread.
A self-contained emotional being.
He puts his signature
On the tablet of wind
Whispering through apertures
Of doors, of cores.
Spreading the magic of affection,
Erasing hatreds from
The slates of mind
And healing wounds
With his balmy libretto,
He consoles the heart.
Though a maverick in
The herds of social climbers,
His deep silence evokes
Wise thoughts.
A translucent rain
Wiping the mist of pain,
He grows
The creepers of camaraderie
In his poetry yards.
His ailing heart,
Varicose legs,
Olden heels
And clay bound feet,
All laborious episodes of
A lifetime drama serial.
Opening new ways
Between conscious and subconscious
My mentor,
Even with increasing age
Holds a bundle of dreams
For me, for all
Death’s arrow is aiming at him – He knows
But, still inscribing
The lively poem of existence
By camouflaging himself in words
beautiful and strong.
I know, he will live
And live long.

Had Ocean Been My Confidant – Poem by Naseer Ahmed Nasir

~
1
As I ebb’d with the ocean of life,
As I wended the shores I know,
As I walk’d where the ripples continually wash you Paumanok,
Where they rustle up hoarse and sibilant,
Where the fierce old mother endlessly cries for her castaways,
I musing late in the autumn day, gazing off southward,
Held by this electric self out of the pride of which I utter poems,
Was seiz’d by the spirit that trails in the lines underfoot,
The rim, the sediment that stands for all the water and all the
land of the globe.
Fascinated, my eyes reverting from the south, dropt, to follow
those slender windrows,
Chaff, straw, splinters of wood, weeds, and the sea-gluten,
Scum, scales from shining rocks, leaves of salt-lettuce, left by the
tide,
Miles walking, the sound of breaking waves the other side of me,
Paumanok there and then as I thought the old thought of likenesses,
These you presented to me you fish-shaped island,
As I wended the shores I know,
As I walk’d with that electric self seeking types.
2
As I wend to the shores I know not,
As I list to the dirge, the voices of men and women wreck’d,
As I inhale the impalpable breezes that set in upon me,
As the ocean so mysterious rolls toward me closer and closer,
I too but signify at the utmost a little wash’d-up drift,
A few sands and dead leaves to gather,
Gather, and merge myself as part of the sands and drift.
O baffled, balk’d, bent to the very earth,
Oppress’d with myself that I have dared to open my mouth,
Aware now that amid all that blab whose echoes recoil upon me I
have not once had the least idea who or what I am,
But that before all my arrogant poems the real Me stands yet
untouch’d, untold, altogether unreach’d,
Withdrawn far, mocking me with mock-congratulatory signs and
bows,
With peals of distant ironical laughter at every word I have written,
Pointing in silence to these songs, and then to the sand beneath.
I perceive I have not really understood any thing, not a single
&nb sp; object, and that no man ever can,
Nature here in sight of the sea taking advantage of me to dart
; upon me and sting me,
Because I have dared to open my mouth to sing at all.
3
You oceans both, I close with you,
We murmur alike reproachfully rolling sands and drift, knowing  not why,
These little shreds indeed standing for you and me and all.
You friable shore with trails of debris,
You fish-shaped island, I take what is underfoot,
What is yours is mine my father.
I too Paumanok,
I too have bubbled up, floated the measureless float, and been
; wash’d on your shores,
I too am but a trail of drift and debris,
I too leave little wrecks upon you, you fish-shaped island.
I throw myself upon your breast my father,
I cling to you so that you cannot unloose me,
I hold you so firm till you answer me something.
Kiss me my father,
Touch me with your lips as I touch those I love,
Breathe to me while I hold you close the secret of the murmuring
I envy.
4
Ebb, ocean of life, (the flow will return,)
Cease not your moaning you fierce old mother,
Endlessly cry for your castaways, but fear not, deny not me,
Rustle not up so hoarse and angry against my feet as I touch you
or gather from you.
I mean tenderly by you and all,
I gather for myself and for this phantom looking down where we
lead, and following me and mine.
Me and mine, loose windrows, little corpses,
Froth, snowy white, and bubbles,
(See, from my dead lips the ooze exuding at last,
See, the prismatic colors glistening and rolling,)
Tufts of straw, sands, fragments,
Buoy’d hither from many moods, one contradicting another,
From the storm, the long calm, the darkness, the swell,
Musing, pondering, a breath, a briny tear, a dab of liquid or soil,
Up just as much out of fathomless workings fermented and thrown,
A limp blossom or two, torn, just as much over waves floating,
drifted at random,
Just as much for us that sobbing dirge of Nature,
Just as much whence we come that blare of the cloud-trumpets,
We, capricious, brought hither we know not whence, spread out
before you,
You up there walking or sitting,
Whoever you are, we too lie in drifts at your feet.