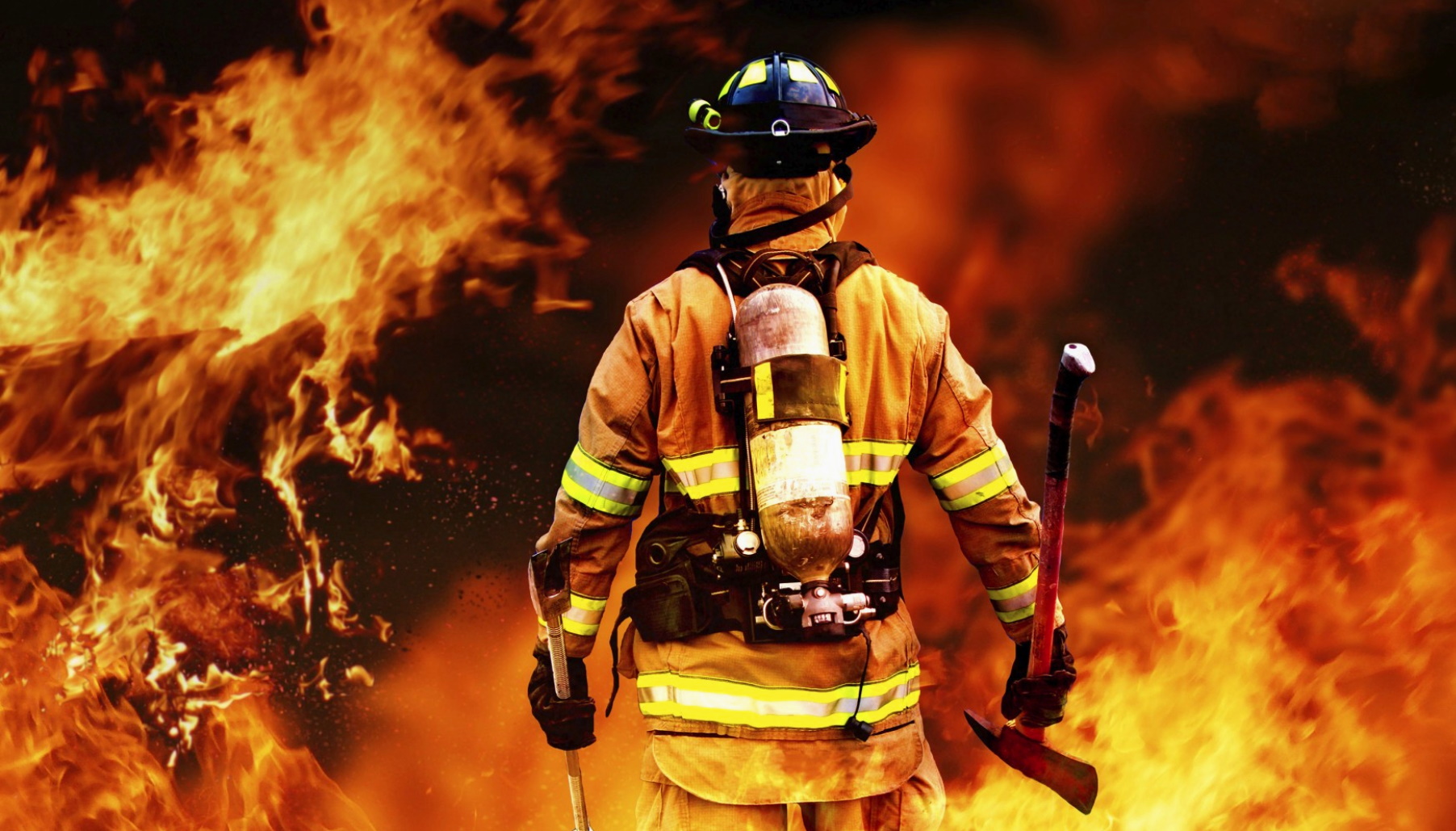 When there is smoke, there is fire. And when there is fire, there is a firefighter to the rescue. Firefighters are courageous men and women who are willing to risk their lives and brave the hottest fires and unbelievable situations to save those in danger. We call them in times of trouble and they answer at the same moment that we need them. They are modern-day heroes that we should appreciate and recognize. When there is fire, an accident, a cat up in the tree in need of rescuing, a stranded kid, or any emergency at all, who you gonna call?

Roses are red
Violets are blue,
even though i’m not a firefighter yet,
I still love them more than stew!

A Firefighter In A Straight Jacket

I been looing all around
trying to loose my brain,
been looking for all sorts of love
to just say im crazyin love
but I wanted to surpass insane,
certain ones that had equal value or more
I let them over power me in the game,
it came around and hurt me in the end
I shouldnt of acted like that
and now i feel ashamed.
but that is lessons that needed to be learned
just because you was in a fire
that doesnt mean you will always get burned,
and the times that you do
you feel embarrased but that doesnt mean,
because you have been burnt that you are still not you.
because it’s been times I looked in the mirror after that
and I didnt see the same face
multiple personalities and third degree burns, effects my pace
and it hurts time to time so it affects myspace
and burns my heart like mase does to your eyes
but keep it moving youngin
especially on the long hurtful rainy days
because if I didn’t have that Straight jacket on
i wouldn’t be the person i am today.

The night is silent, there is no light.
But somewhere across town, there is a fire to fight.
The noise of my pager awakens me
Dispatch shouts of fire with entrapment.
I get my keys and stumble to my feet.
I rush to my truck, hoping I’m in luck.
The blue light spins, as i hope we can win.
I get to the station and don my heavy gear
I get on the truck to fight someone’s fear.
Passenger seat I sit, we’ll be there in a bit.
With sirens yelping and red lights lighting the night sky
I hope to God no one on my truck dies.
As we round the corner, I see a glow
Hoping to god the house doesn’t blow.
We pull up front and I hop off the truck
Grabbing a hose and putting a pack on my back
I rush in to a smoke filled darkness without looking back.
I’m alone and scared, hoping God is looking down
The room comes alive, an orange hell around.
I open the hose in an attempt to drown
The child is in here, I look all around
I hear the order to get out now!
The roof is sagging, I run to the door
I trip on a door as the flames roar
There he lays, in the same door.
I scoop and run, i can’t make it to the door
Out a window i dive, from the second floor.
I hit the pavement and start CPR.
Hoping I can make the run to the EMS car.
I dropp the baby off as i fall to my knees
As tired as I may be, I have a fire to fight.
God, I love this life.
Fifteen minutes later, I stumble to my rig.
looking at the remains, the house was so big.
I walk into my house, nearly 6 o’clock.
I did my job, and I did it well.
This is not my career, I’m a Volunteer.

She became a firefighter at a very young age
Passed with flying colors at every stage
Determined to follow the footsteps of her family
That is the dream that she did see.
She built up her body like any man
But had the gentlest hands.
The kindest heart that anyone would know
And that was something that she did show.
She would put the person on her back
Looking forward and would never slack
Her goal was to save all the lives she can
That was her goal, that was her plan.
And every time she looked at her children
As a mother would often do- and see the pride in their eyes
And in the faces of the lives she saved and prevented
Them from going to an early grave.
Then she would know that the choice she made
To be a firefighter would take her spirits so much higher.
So to the firefighters I salute you one and all
So stand proud, stand tall.

They lived and breathed this kind of rattle.
And if it still hurts then hold your breath,
Like they held theirs’ until their death.
Don’t hate them for what they’ve done,
They wouldn’t for what we did,
Or cry for the lives they lived,
Because they lived for everyone.