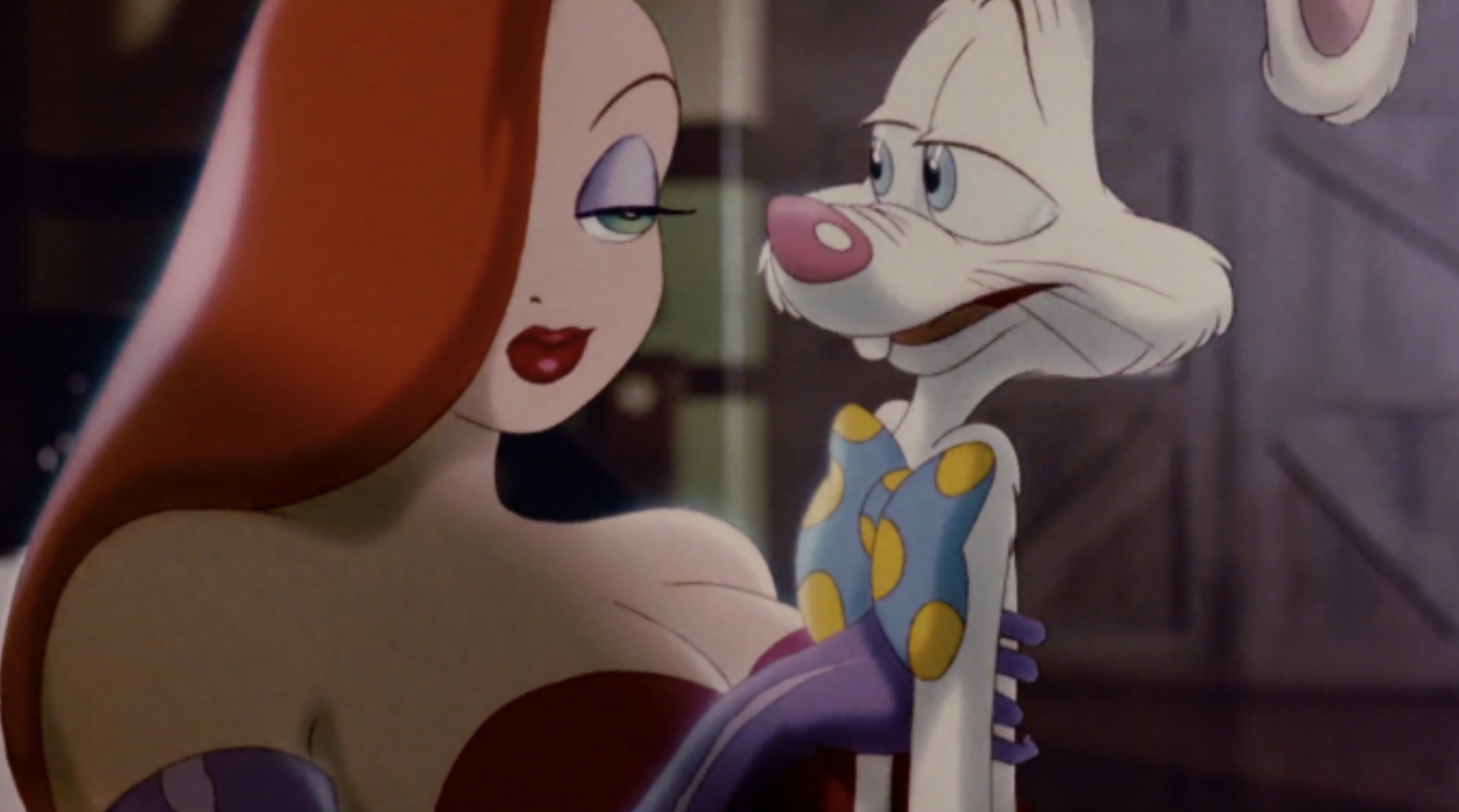 That’s what Eddie Valiant wants to know. He’s the toughest private eye in Los Angeles, and he’ll handle anything – if you’re human. If you’re a Toon, that’s another story.
Eddie doesn’t like Toons – those cartoon characters who live side-by-side with humans. Not the way they look, and especially not the way they talk: word-filled balloons come out of their mouths and then disintegrate, leaving dust all over his rug.

Eddie will work for a Toon if his cash supply is low enough. So he reluctantly agrees when Roger Rabbit, a Toon who plays straight man (or should that be straight rabbit) in the Baby Herman cartoon series, asks him to find out who’s been trying – unsuccessfully – to buy his contract from the DeGreasy Brothers syndicate.
Then Rocco DeGreasy is murdered – and Roger is the prime suspect! The rabbit is also, as Eddie soon discovers, very, very dead.
Who censored Roger Rabbit? And who shot Rocco DeGreasy? Was it Roger, or was it Rocco’s hot-cha-cha girlfriend, Jessica Rabbit? Why had Jessica – a pretty steamy number for a Toon – ever married a dopey bunny in the first place? And why does everybody want Roger’s battered old teakettle?
As Eddie combs L.A. from the executive suites of the DeGreasy Brothers to Sid Sleaze’s porno comic studio, he uncovers art thefts, blackmail plots… and the cagiest killer he’s ever faced.